A team of 55 American climbers including breast cancer survivors, physicians, researchers, activists, and women and men who have lost loved ones to breast cancer will attempt to climb Mount Fuji (12,388 feet) in Japan this August.  The group will join a team of 150 Japanese breast cancer patients and advocates, led by Jinroh Itami, MD, a respected Japanese oncologist who heads a cancer support group called Meaningful Life Therapy.  The Mount Fuji climb is the third in a series of highly successful breast cancer mountain climbs organized by the Breast Cancer Fund, a non-profit organization devoted to increasing breast cancer awareness and raising funds for research.

“It will be a great joy and honor to climb Mount Fuji with women and men from Japan who, like us, are determined to stop the disease that has now become the most commonly diagnosed cancer in women worldwide,” said Andrea Martin in a Breast Cancer Fund press release.  Andrea is a breast cancer survivor, activist, and founder of the Breast Cancer Fund.

"In 1995, the Breast Cancer Fund sponsored [its first expedition] to Mount Aconcagua in Argentina, the highest peak in South America, in response to a request from Laura Evans, a would-be mountain climber who was diagnosed with breast cancer and [became] determined to climb mountains," said Jeanne Rizzo, Public Relations Coordinator of Climb Against the Odds, Laura was diagnosed with Stage III breast cancer at age 40. After undergoing a lumpectomy, chemotherapy, and radiation, she has been in remission for almost a decade. 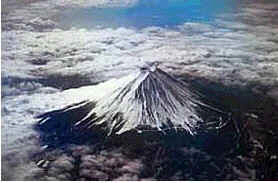 “We climb like we face cancer – one step at a time, with the support of family and friends, drawing on courage as we transform fear into whatever it takes to achieve our goals,” said Martin in a press release.

The Mount Fuji American team will include past climbers as well as some new faces.  Sandy Badillo, a tennis pro and breast cancer survivor, is among the women returning for the Mount Fuji climb.  Badillo was diagnosed with Stage III breast cancer at age 43 and received chemotherapy for one year.

Badillo has three children and five grandchildren.   Her youngest daughter, Vanessa, will join her on the Mount Fuji climb. “I am very excited to have Vanessa by my side in our fight against this epidemic,” said Badillo.  Badillo will be joined by Iris Lancaster, a breast cancer survivor who had a mastectomy (breast removal) in 1992, as well as several other survivors.

In 1998, the Mount McKinley team carried 1200 prayer flags on their climb and flew them at each campsite as they made their way up the mountain. According to the team, the flags represented all women who have been diagnosed with breast cancer.  Between August 17 and August 26, 2000, the Mount Fuji team will do.  To order a prayer flag in honor or memory of loved ones who faced cancer, please call 1.800.487.0497.